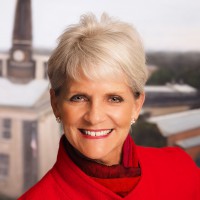 Carolyn Comitta. Web site. Facebook. As two-term Mayor of West Chester, PA, member of Borough Council, the National League of Cities and PA Municipal League, and through decades of participation in local, state, national and international organizations, Carolyn has gained a deep and broad knowledge of public policy and governance that is of great benefit to the citizens of the 156th Legislative District. Carolyn is Vice President and Chief Financial Officer at Thomas Comitta Associates. In this capacity, Carolyn is an integral member of the TCA team, providing experienced leadership based in a strong commitment to the planning and design field, environmental sustainability, education, and public health. Carolyn’s professional background is in education. She continues to serve as a mentor to students, and since 1992 has organized the attendance of over 2000 local students at the annual Health and Environment Conference at the United Nations…. keep reading here.

[Submitted to the Daily Local and Inquirer newspapers on September 12, 2012]

As the Chair of the West Chester Democratic Committee, I have written to you on many issues, usually along political lines. Today, however, I write on behalf of all women in Pennsylvania. It has come to my attention that the Voter ID law is going to have a profound effect on married women in this Commonwealth. If a young woman applied for and received her voter registration card when she turned 18 (or shortly thereafter), got married later, and changed her driver’s license to her married name, she will be unable to vote in this year’s election unless she changes her registration by October 9. Most women don’t think to change the name on their voter registration card, and until this law was passed, it didn’t matter anyway. Now, it is a problem.

My advice to all married women is this: first, check to see if the name on your voter registration is identical to the one on your driver’s license (or whatever ID you will be using at the polls). If the last names do not match, the remedy is fairly simple. Go to Voter Services on Westtown Road, contact your local Committee Person, or go to either party’s campaign office to obtain a new registration card. Fill out the name change section and submit it in person, or by mail to Voter Services (attn: Jim Forsythe). You should receive a new voter registration card in less than a week.

Women who show up to the polls with a driver’s license that doesn’t match the name on their registration will have to vote by provisional ballot. These ballots will not be counted unless they return after the election with the proper documentation. Almost no one will do this if the presidential race is already decided, which means their votes for congressional and state races will be thrown out. The race for the president may be definitive enough that those votes won’t make a difference in the results. However, the state House race in the 156th was won by a mere 28 votes in 2006 and by about 200 votes in 2010. Therefore, these local elections can and will be affected by this law.

I hope that women in Pennsylvania are informed and get their registrations changed by October 9. Our democracy is counting on it.

It is my pleasure to announce that our own Cassandra Jones will be seeking the endorsement of the Chester County Democratic Committee as a candidate for the Pennsylvania House of Representatives, District 156.

We are fortunate to have her running in this important race against Dan Truitt. Please join me in wishing Cassandra well as she begins this new chapter.

And, Cassandra, on behalf of the West Chester Democratic Committee, may I offer you our full support and enthusiasm.  Please let us know how we can help!