END_OF_DOCUMENT_TOKEN_TO_BE_REPLACED

“It’s nice to see that your colleagues on council are paying attention to the same things you are and everyone else is,” Galey said. “We’re all watching the news.

“It’s great to have a collaborative team that feels very strongly about these issues.”

“At the local level we don’t make decisions Democrat or Republican,” Stefano said. “We’re thinking more locally with our constituents in mind because we’re not thinking along party lines.”

Galey noted in the letter that Costello has voted against the party in the past with votes favoring the ACA and to preserve CHIP….

A few of the 15 protesters this morning sitting in Rep. Costello’s (R-PA 06) West Chester office demanding that he vote against the GOP tax bill that gives tax cuts to the wealthy while hurting students, the sick, and the elderly. They have pledged not to leave until Costello commits to a No vote. For more on the GOP tax scheme, see Molly Sheehan, “Open Letter to Rep. Pat Meehan on the GOP Tax Plan.”

Arguably, the UPTOWN! Knauer Performing Arts Center would not have been possible without the federal Historic Tax Credit (HTC). It’s the most significant investment the federal government makes toward preserving historic buildings, and it was a key financial incentive for investors who helped make UPTOWN! possible for our community.

Unfortunately, several tax reform proposals circulating in Congress recommend a repeal of the HTC – even though it stimulates economic growth and returns more to the Treasury than it costs, according to the National Trust for Historic Preservation.

The HTC is an important tool for West Chester, as we work together to preserve our history. Without it, historic rehabilitation projects can face lender and investor bias because they often have higher costs and greater design challenges.

Add your name to the National Trust for Historic Preservation’s campaign to save the HTC and protect West Chester’s historic brand! Sign on here. Thank you! 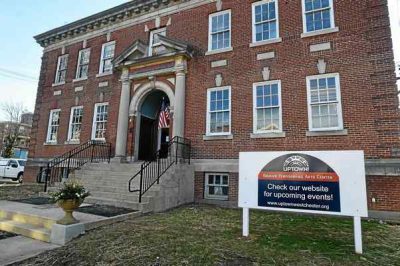 As a supporter of our public schools and the belief that every American child deserves the right to a quality public education, I’m writing to ask for your action at the polls regarding a legislative proposal that could seriously impact the quality of our schools.

Many educators are very concerned about a November 7 ballot question that asks whether the Pennsylvania Constitution should be amended to allow local taxing authorities to exempt homeowners from paying property taxes. We strongly feel the answer to this question should be “NO.”

This ballot question doesn’t include the critical piece of information that according to state law, another source of revenue must be created to replace local property taxes. Legislators are considering that the new revenue source could come from increases in other taxes, in the form of Senate Bill 76. Under SB 76, Income Tax will go up from 3.07% currently to 4.95%, sales tax will go from 6% to 7% and the list of items to be taxed would increase. Those new revenue sources would go directly to the state, and it would be up to the state to determine how much each school district would receive.

This means that under this new funding formula, the state could decide to give more money to urban districts and less to suburban ones, like West Chester. Or, they could determine another complicated funding formula that would once again leave funding up to the state and take away our local control.

Harrisburg struggles to balance its own budget. The General Assembly currently doesn’t have a revenue budget for the current year. How can we leave our own school funding up to them?…

keep reading at Daily Local News. See also downloadable statement at WCASD. The WCASD School Board voted 8-0 on Oct. 23 to recommend a No vote. We need to protect ourselves against more budget antics in H’burg, where months ago the R majority passed an unfunded budget. You can’t just hope money will appear from somewhere!

Despite all the other news coming from the current administration and our own representative, the Republican tax plan is so heinous that we need to continue to protest against Trump’s tax scheme yet again this week. Bring your top hats, Monopoly money, monocles, and handlebar mustaches.

1) The top tax rate will come down, the bottom rate will go up. Tax deductions used by the middle class will be eliminated. The national debt is projected to increase by $1 Trillion. Some estimate POTUS will save $1 Billion. What a great plan… if you are mega wealthy!

2) Do you save for your retirement with a 401K plan? They want to tax the money you pay into your retirement fund UP FRONT, and not when you withdraw it when you are retired and have a lower taxable income. See here.

We are going to call this by its real name: more wealth for the wealthy. And we want to declare “not one penny”!! Not one penny in cuts to rich people taxes! Not one penny stolen from our Treasury. We need every penny for health care, social security, hurricane relief and diplomacy around the world. Come join us in a rally and send letters, faxes, emails and phone calls to say ” not one penny!”