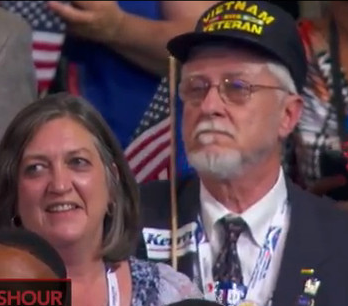 At the moment captured here, Bill and Kathi were listening to President Barack Obama’s acceptance speech on Thursday, September 6. These two local Democratic Party stars also appeared onscreen a few other times during the convention, as the TV cameras caught them responding to the speakers.