Cassandra Jones will Run for State Office
By Jake Speicher

The West Chester Borough Council Vice President will run in the 2012 primary for the state legislature. 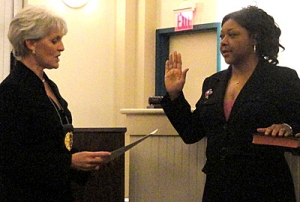 Jones, who represents the borough’s second ward, will run as a Democrat against East Bradford resident Bret Binder.

Both will be challenging incumbent Republican Dan Truitt.

Jones won her second term as a borough council member in last November’s election. She defeated Republican challenger Scott Brion by earning 83 percent of the vote.